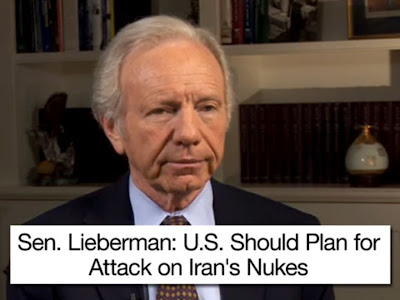 “I’ve been a Democrat all my life. I got rejected by the Democratic Party in 2006 and went on as an independent, and thank God and the people of Connecticut, I got re-elected.

“So I’m up again in 2012. I probably will run again. I’ve got to make that decision by the end of this year, I would say. You know, it’s possible. I haven’t decided what banner I would like to run under. Probably independent is the one that suits me best, because that’s what I am.

“In this very partisan time, it’s not my nature or my philosophy to just walk down one party road whether I think it’s right or not. I’m going to, like a lot of Americans, decide what makes the most sense on issue to issue and do what I think is right.

“So right now I’d probably be more inclined to run again as an independent. But anything is possible.”

Well, what Lieberweinerman fails to mention here is that the Connecticut for Lieberman Party (CFL), the folks who helped get him onthe ballot in 2006, dislike him with a passion and are working to get him out of office. Seems that everybody is pretty much done with him except for AIPAC.