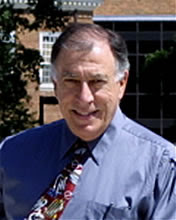 James Quintiere, Ph.D., former Chief of the Fire Science Division of the National Institute of Standards and Technology (NIST), has called for an independent review of NIST's investigation into the collapses of the World Trade Center Towers on 9/11.

Dr. Quintiere made his plea during his presentation, "Questions on the WTC Investigations" at the 2007 World Fire Safety Conference. "I wish that there would be a peer review of this," he said, referring to the NIST investigation. "I think all the records that NIST has assembled should be archived. I would really like to see someone else take a look at what they've done; both structurally and from a fire point of view."

"I think the official conclusion that NIST arrived at is questionable," explained Dr. Quintiere. "Let's look at real alternatives that might have been the cause of the collapse of the World Trade Towers and how that relates to the official cause and what's the significance of one cause versus another."

Dr. Quintiere, one of the world's leading fire science researchers and safety engineers, also encouraged his audience of fellow researchers and engineers to scientifically re-examine the WTC collapses. "I hope to convince you to perhaps become 'Conspiracy Theorists', but in a proper way," he said.

Arthur Scheuerman, who has commented on this blog
is the Author of a book on the collapse of the Twin Towers
which was endorsed in the front by Dr. Quintiere.

Arthur Scheuerman has written a book through the eyes of a firefighter and structural engineer. His careful and objective analysis of the facts and images of the Towers’ collapse on 9/11 should be required reading for those who seek answers. —James Quintiere, Professor of Fire Protection Engineering, University of Maryland 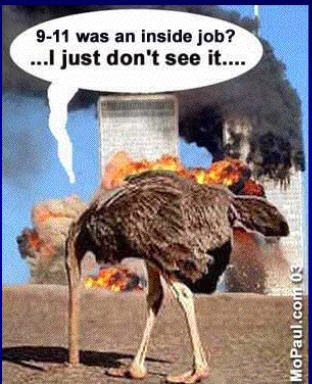 Many well known and respected senior U.S. military officers, intelligence services and law enforcement veterans, and government officials have expressed significant criticism of the 9/11 Commission Report or have made public statements that contradict the Report. Several even allege government complicity in the terrible acts of 9/11. This website is a collection of their statements. It is not an organization and it should be made clear that none of these individuals are affiliated with this website.

Listed below are statements by more than 110 of these senior officials. Their collective voices give credibility to the claim that the 9/11 Commission Report is tragically flawed. These individuals cannot be simply dismissed as irresponsible believers in some 9/11 conspiracy theory. Their sincere concern, backed by their decades of service to their country, demonstrate that criticism of the Report is not irresponsible, illogical, nor disloyal, per se. In fact, it can be just the opposite.